Do You Know Your Cruelty-Free Brands? 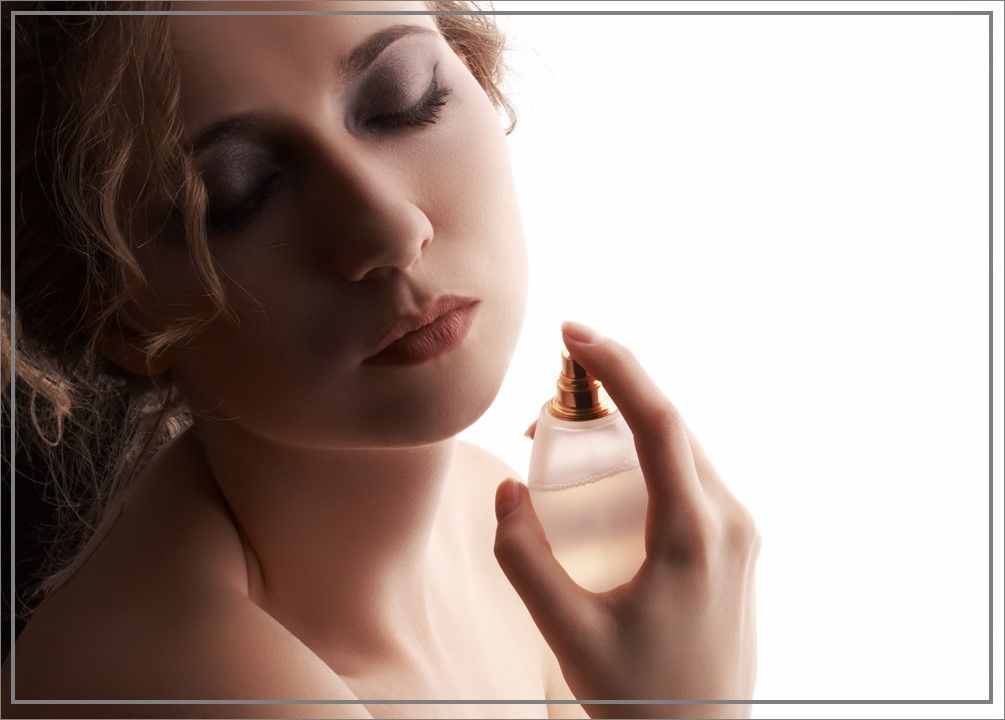 I thought I'd pop in and share an experience I had recently when I was looking to buy a bottle of perfume.

Some time ago I was in hospital and one of the morning nurses wore a perfume that I simply fell in love with - it was sweet and vanilla-y and exactly the kind I love. So I asked her the brand and perfume name and she kindly shared it with me.

Recently while visiting family, I dropped into a local department store in search of this perfume. By this stage I had forgotten the name but was pretty sure I could remember the brand. It didn't take long to find it and I was all ready for buying it when a thought came into my head: "I wonder if this brand is cruelty-free?" As you know, I'm a big advocate for supporting cruelty-free brands and I want to ensure I make smart choices when buying products. 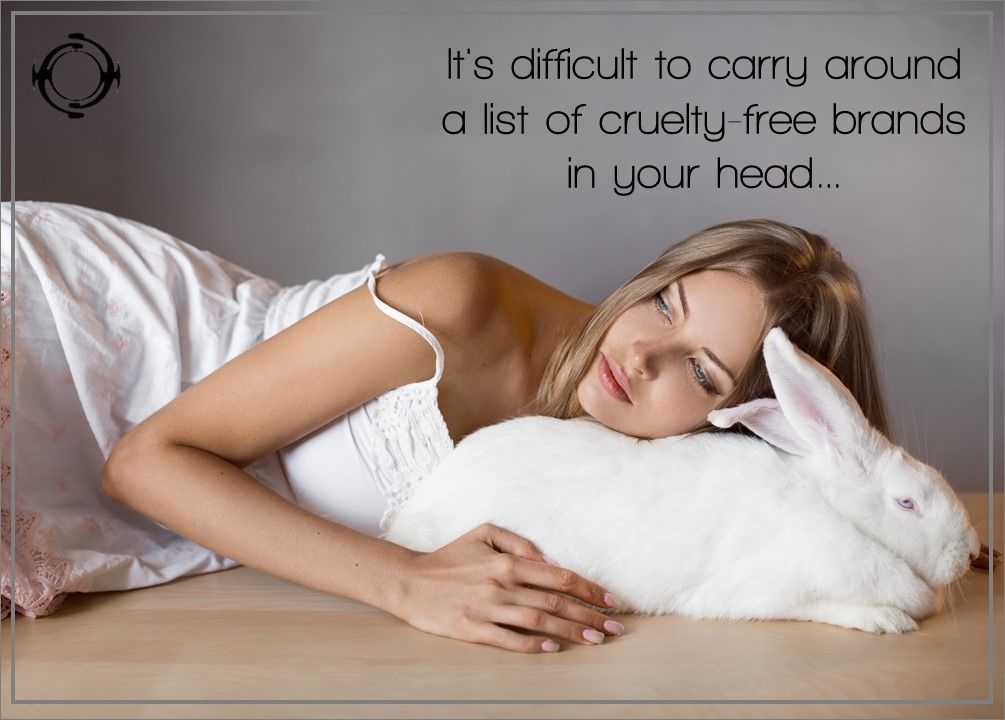 But it's difficult to carry around a list of cruelty-free brands in your head and I appreciate that mistakes can very easily happen. Indeed, I was really close to making such a mistake. You see, I had my suspicions about this brand as I thought I had read that it sells in the Chinese market where I know it is still required, by law, for a brand to have its products and ingredients tested on animals before they can sell in there.

So I asked the sales assistant if the brand was cruelty-free and she assured me it was. She even went so far as to tell me that they grow their own skin in a lab to test their products. I was impressed. But something still kept niggling at me so I decided to postpone buying the perfume and come home to do a little research myself.And, sadly, my fears were confirmed. The brand sells in China and, therefore, has its products and ingredients tested on animals.

So how can we be sure that the brands we are buying are cruelty-free?

And how can we be sure that the information the sales assistant gives us is correct?

The simplest way to ensure you buy cruelty-free products is to look for one of the three legal cruelty-free logos. If a company's products display a logo different to the 3 listed below, then they are not certified as cruelty-free. 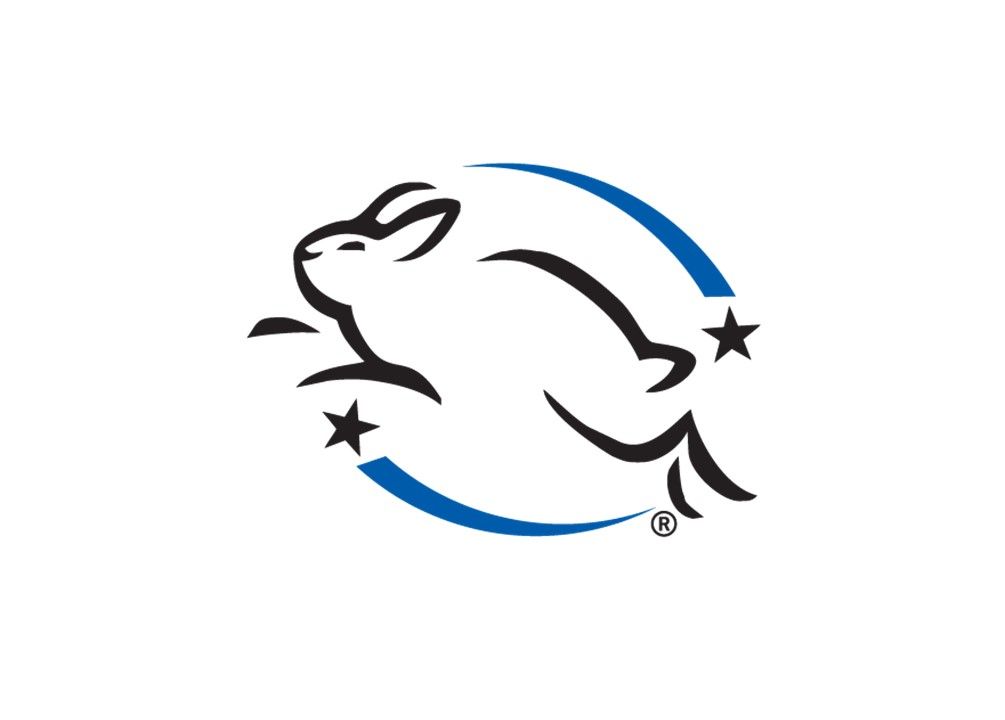 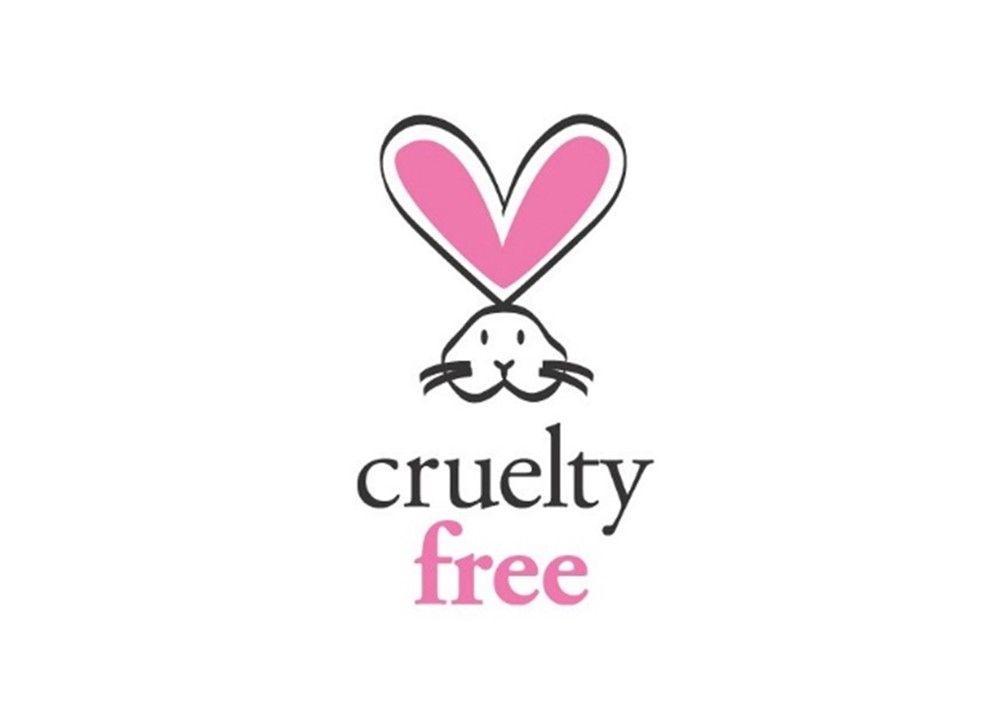 The PETA (People for the Ethical treatment of Animals) logo 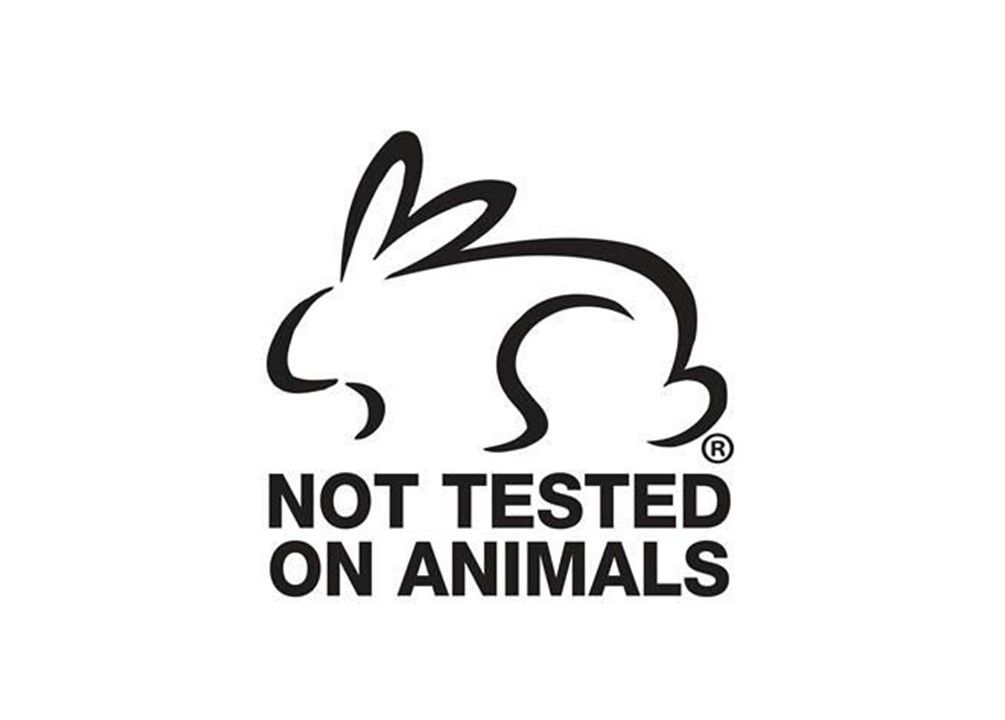 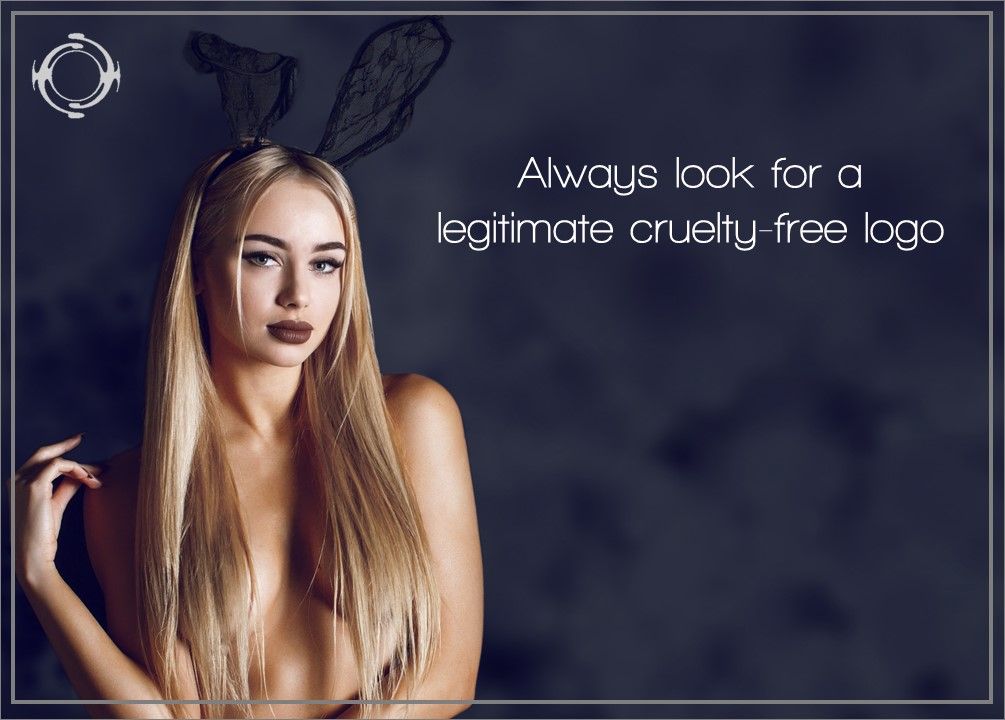 Now, let's be transparent about this. The best logo to look for is the Leaping Bunny logo as certification to carry this logo is a long and thorough process. But it's also a very expensive process, costing brands hundreds of dollars, and one that is, therefore, mostly only open to larger established brands with cashflows to match. And it does come with a major pitfall: it does not require that all parent and subsidiaries must also be accredited. A simple example of this would be The Body Shop owned by  L’Oréal. The Body Shop is Leaping Bunny accredited whereas its parent company, L’Oréal, currently is not.

In contrast the PETA logo is relatively inexpensive (approximately $100) and, therefore, accessible to even growing handmade businesses such as Simply Skin.

Bearing this in mind there really is no reason why all companies who genuinely and passionately do seek to create products that are cruelty-free, should not carry one of these 3 logos.

My goal for Simply Skin is to gain accreditation to carry the Leaping Bunny logo but at the moment I would rather invest lesser money into an alternative legal logo (my products are PETA certified) and donate a percentage of my sales to bunny rescue centres who care for, feed, and home abandoned bunnies.

Whilst it is important for me to be a certified cruelty-free brand, it is more important to me to "practice what I preach" and take cruelty-free a step further to help change the lives of abandoned and rescued bunnies.

So next time you're out shopping for skincare or perfume, don't gamble with your purchases, choose only those brands that have 1 of the 3 legitimate logos above displayed on their product/packaging. 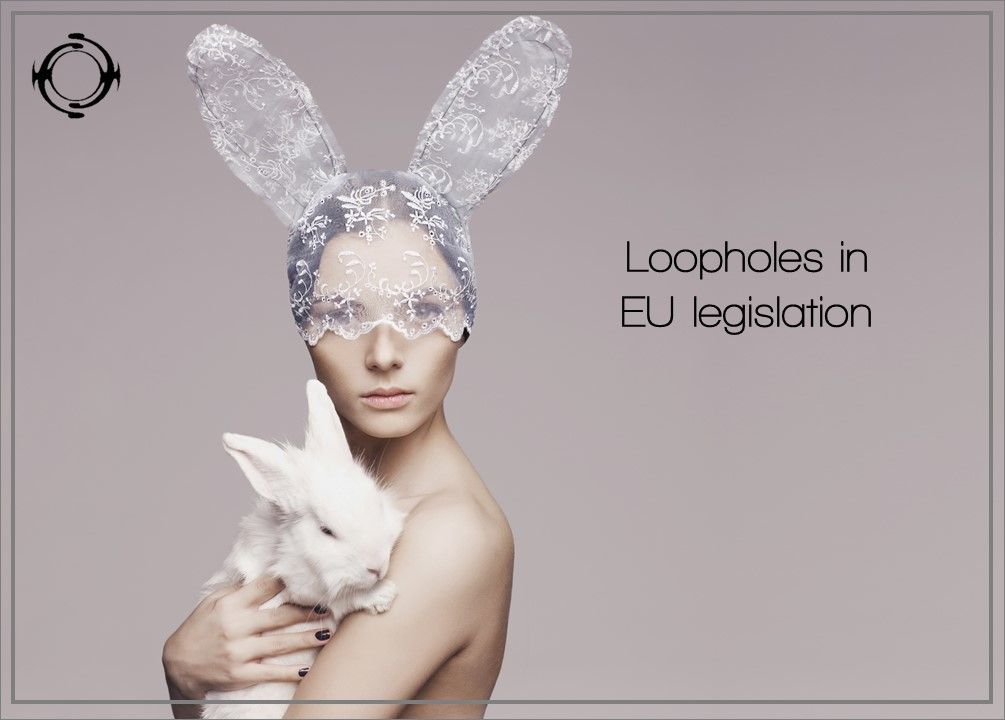 But what about the 2013 EU law that banned testing on animals?

Surely, as a result of this law, there is no need for products to carry a Cruelty-Free logo?

Indeed there was a law passed in 2009 which banned testing, within the EU, of ingredients and products. And later, in 2013, the law banned the sale of products within the EU which were animal-tested. However there were loopholes in these laws which some companies were quick to take advantage of, especially when seeking to enter emerging markets such as China which still require that products and ingredients be tested on animals before being sold in that market.

For example, the EU law cannot stop companies from testing their products or ingredients on animals so long as these tests are performed outside the EU or the products are sold outside the EU.

To explain this in detail, before some products can go on sale in China, for example, they must be tested by the Chinese authorities, and this usually involves testing on animals. These tests are carried out by the Chinese authorities, meaning the European companies still meet legal EU requirements (ie they are not being tested on animals within the EU) and the products are only sold in the Chinese market, also meaning that the European companies meet legal EU requirements (ie those products that are tested on animals are only sold outside the EU, eg in China).

So whilst you may initially think there is no longer a need for companies to go through the process of becoming Cruelty-Free-certified because of current EU legislation, I wish to highlight that it is as important as ever. If you truly want to shop consciously and ethically, you'll want to buy from a brand which carries a legitimate logo so you know, for certain, that none of their products or ingredients are tested on animals anywhere in the world.

So until all the loopholes are closed in the current EU legislation, there remains the need for companies who are passionate about creating cruelty-free products to be certified to use one of the legitimate cruelty-free logos.