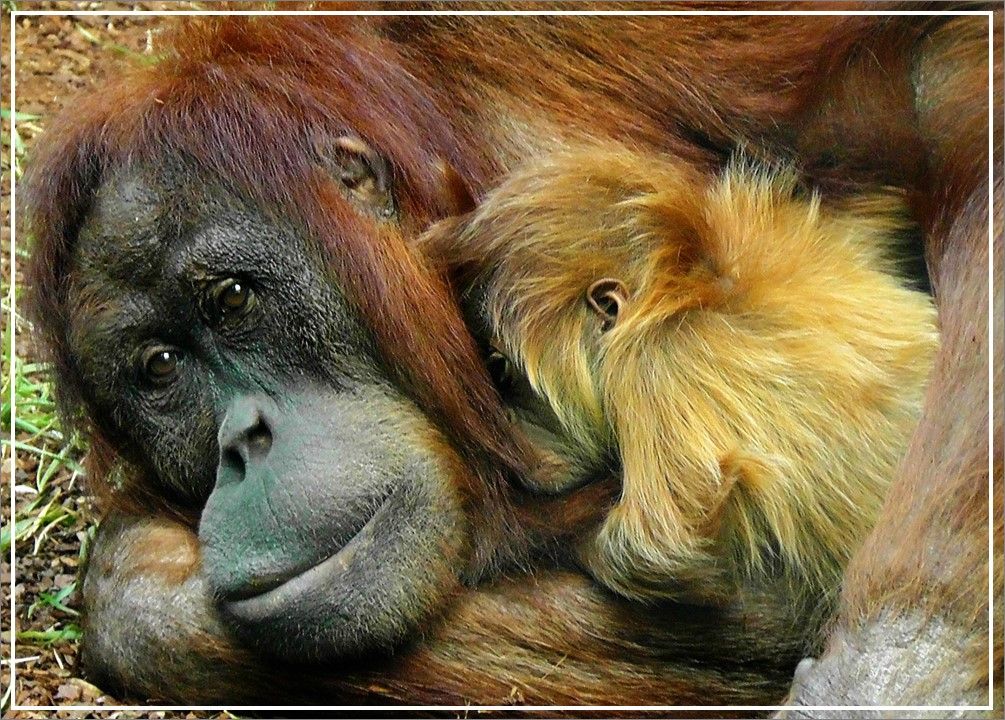 Norway is phasing out the use of palm oil by announcing a nationwide palm oil biofuel ban.

This is brilliant news and I hope many countries follow their example.

Palm oil is in so many products from cosmetics to our food and it's causing so much damage to rainforests, orangutan habitation and contributes to greenhouse gases.

I remember seeing a post, many months ago, on a friend's FB page. She was pretty enraged that all the focus goes on palm oil when other crops also cause devastation to rainforests and the like... it's not just palm oil and, yet, that seems to be the primary focus.

She felt it wrong that everyone was focusing on only one product, one form of destruction.

Here's how I feel about it.

I agree palm oil isn't the only problem. But if we try to tackle everything at once in one go, we'll end up achieving nothing or, at best, very little.

It's better to address one industry and one problem and turn it around so it no longer destroys the habitat of non-humans we share this planet with, and it no longer causes such damage to the planet itself.

It doesn't mean to say we can't have a few green projects on the go at once, it means that one will have to take priority and focus in order to get it to an acceptable level. Then we can move our focus onto the next issue. And this way we can solve matters even faster because our primary focus is in one area.

The issue with palm oil also highlights my belief that the only way to heal our planet is through love.

If we ALL loved the many animals we share this planet with. If we ALL showed them the respect and regard they deserve, then we would be more mindful about tearing down their habitat for our selfish gain.

If we ALL sincerely loved our amazing planet, then we would ALL treat it with respect and reverence, and be thankful for the bounty Mother Earth provides for us without taking such destructive courses to damage her delicate ecosystem.

Such love (for animals and our planet) is outward love, love that we can only truly experience when our own cup overflows. So our first step is to fall back in love with ourselves. I have found that, through self-love, I make many more conscious lifestyle choices that have a positive impact, not only on myself or those close to me, but which ripple outward... just as my cup overflows.

Here's the thing. It all boils down to energy.

Everything is energy. The things you see and touch around you look and feel solid because their energy is so tightly packed but if you looked at everything (even ourselves) under a (very big and very strong) microscope we'd be buzzing with moving energy.

Norway has taken on the challenge of palm oil since 2011 when the Rainforest Foundation Norway launched a campaign which encouraged consumers to stop buying products that contained palm oil. Norwegians, especially children, got full-heartedly behind the campaign. However Norway have since found that consumers, acting as individuals, did not make the impact on the palm oil industry they had hoped. Rather the palm oil industry mutated to also become a major player in the biofuel industry.

Which might make you believe that my whole concept of self-love, making conscious loving choices and sending high energy vibrations to those around us and beyond, is a load of codswaddle.

Let's take this a step (or two) back and consider the impact love has already had in the palm oil industry, thanks to one country.

The citizens of Norway got behind the campaign to stop consuming products that contain palm oil. Their love for the planet and the environment shone through. And they made a positive impact.

However the palm oil industry continued to flourish and grow because a new customer (the biofuel industry) stepped forward. Norway has been tracking the consumption of palm oil and the devastation it creates and has found that, rather than it reducing because of the growing consciousness of palm oil in products we consume (not only in Norway), it has actually increased due to the demand for biofuel.

And what have Norway done? They've chosen to ban the consumption of biofuel.

As the palm oil industry mutates, so Norway continues to respond and guide the world forward by highlighting these mutations, taking the lead, and encouraging other countries to join them.

And what Norway has shown is that consumers, acting individually and collectively (such as the citizens of Norway), can have a positive impact through acting out of love. But this ripple of love needs to travel beyond consumers like you and me, beyond our collective as a country, and begin to penetrate the corporations who create the demand for palm oil.

And I believe it will.

Because as consumers waken up to the thinking that it's pointless to replace depleting fossil fuels with environmentally destructive biofuels, those corporations in the biofuel industry are going to have to rethink their actions and their goals.

I'm sharing a video I found about this with you as I found it really interesting to watch. You can watch it here. My only gripe about this video is, towards the end, it implies that the people of Norway have not actually made a positive difference in the palm oil industry. You've read my thoughts above so will already know I disagree with this. I feel the people of Norway have made a positive dent in the palm oil industry, a dent that should inspire other countries to follow suit.

The challenge now is, however, to educate and encourage the biofuel industry to open its eyes and realise that in its desperate attempt to create an efficient environmentally-friendly alternative to fossil fuels, it's actually creating an environmentally-damaging product. In essence it's robbing from Peter to pay Paul.