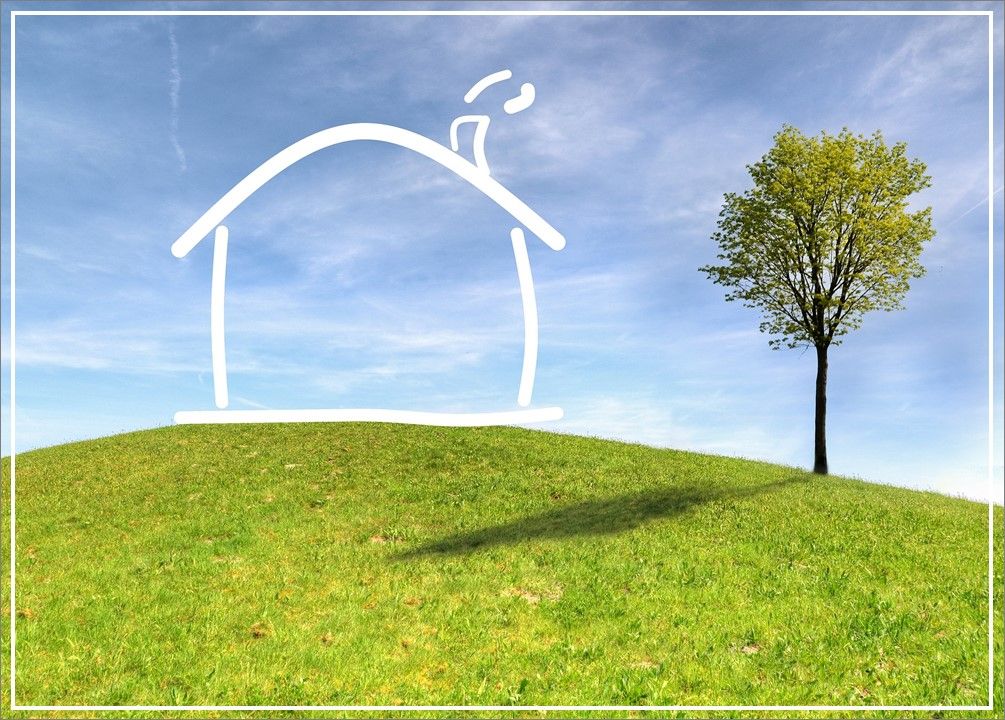 ... before I tell you all about my client's dream home and how the angels helped her, I just wanted to invite you to a free remote 1-question angel card reading.

When I first took the plunge to offer angel card readings, I decided to give some away for free because I wasn't convinced that I could actually pass on the messages that the angels wanted people to hear. I was caught up in the whole... "I can only do it for myself, I'm not good enough to pass on messages to others".

But friends convinced me to give it a try... what did I have to lose? What's the worse that could happen?

I offered a handful of readings, all of which felt amazing and the ladies I provided those readings for got so much from their personal messages that many of them very kindly wrote me testimonials.

One lady who received a reading from me came back a couple more times for advice and direction.

You see, she was going through a stressful period. She and her family were looking to move house but nothing seemed to be going their way. They seemed to have to climb over one obstacle after the next, after the next... it was beginning to feel like it wasn't meant to be.

They had been looking at a house and were sure it was theirs. They put a bid in and everything looked to go through but at the last minute it was sold to someone else.

I tried to support her as best as I could by suggesting ways she could take action to show the Universe that she was ready to move to new home; suggestions like creating a vision board for the new house and creating affirmations that she could repeat every day in front of the mirror.

I felt that, whilst it is great to be laser-focused when chasing something you want, that energy can sometimes feel a bit too heavy and actually create blocks to receiving.

We agreed that the focus should be on moving (general), not on the house itself (too specific). As she said herself: "With the first house, I was so manically manifesting, you’re so right I created blocks... I think with my affirmation should be generic too... being grateful for our new home."

A short while later I received a message "We might have found our house!" but soon after, disappointment again. It didn't work out and, understandably, she was really upset, thinking "Why do we keep coming across these blocks? I’m starting to wonder if it’s my fault!!"

Sound familiar? I know it does to me. We so badly want something we think would improve our life, our health, our family situation etc and which we believe the Universe would support... but it just doesn't seem to come. We clamber over one obstacle after the other and begin to wonder if it's ever meant to be or if the Universe isn't supporting us. But that's not the case. The Universe only wants what's best for us and sometimes we have to pass by 'second-bests' in order to appreciate the best or sometimes we just have to 'get out of the way' and let the Universe do what it does best - create and provide.

I really wanted to support this lady and help her but I also wanted to be honest as I felt that honesty was what she needed to hear so I openly told her my 'feeling' around her previous message: "... the energy I get from your message is, not only one of feeling let down and confused, but of real heavy pressure and almost desperation. And that kind of energy will only block anything positive coming your way. I know it's easier said than done to release and let go of that energy but that's what I feel you have to do". It was real tough love to share and usually I'm not the greatest at it as I don't like hurting someone's feelings or knocking them down, but I felt it was important for her to hear (and for the manifestation of her new house).

I continued: "Please do not question yourself if you're blocking your new house coming your way. You're not. You will receive the house that is best for you all. But I think all your focus needs to be on the positive AND (something that I'm told quite often for myself) you need to bring your masculine and feminine energies back into balance. At the moment it feels that your masculine energy has taken over (the 'doing' energy) whilst the feminine energy isn't having any part of play (the 'receiving' energy). What can you do this weekend to enhance your feminine energy and relax? You could enjoy something in nature, the early Spring flowers, snowdrops poking their heads through the earth. You could show yourself some self-love by having a long soak in the tub with bubble bath and candles. To raise all your spirits/vibrations you could have a dance-off with the kids and or just enjoy your favourite music".

When you want to manifest something good in your life with the Universe, it's important to take action and meet the Universe haflway. But when you really want something (and I'm guilty of this too) sometimes your masculine 'doing' energy takes over and you forget that your masculine and feminine ('receiving' energy) should be in balance. You need to find a balance between doing and receiving.

I really felt for this lovely, lovely lady and could clearly feel the hurt and pain coming through her message. She just wanted support and guidance from the angels as she felt she was letting everyone down and blocking a new home coming into their lives. So i decided to ask the angels for direction for her and I pulled a card.

The card was a beautifully positive card with the beautiful message: "A wonderful new beginning is blossoming in my life". As I wrote that phrase down I just felt that this was her perfect affirmation. This was the affirmation she could repeat with an open heart every single day, epsecially when her thoughts turned back to her most recent experience of being let down and the desire to dissect that experience.

I also felt she needed to forget that she was looking for a new home because the energy around that was so heavy.

So I decided to turn to the angels again and I asked what she should do to find her new home and the card they gave me was "Believing in Magic" which, pretty much, doesn't need any interpretation (I love this card!). The statement below the card was "True magic is abounding in my life!" What this card said to me was that she needed to have faith and trust... now was the time to let her feminine energy come to the fore; trust and receive. She'd done everything she could with regards vision boards, setting her intention etc and whilst I felt it was good to still keep an eye open for properties, she shouldn't make it a constant 'effort' (masculine energy) to go looking for them because something was coming to her... she just had to believe and trust.

She wrote back saying she was taking my suggestions on board and felt that they were accurately depicting how she was feeling and what she needed to do. It was a joy to receive that message because instantly it felt like her energy had changed. Her message didn't feel heavy like the previous ones, it felt like the weight had been lifted and I knew that this was the right way to open up, meet the Universe halfway and invite the Universe to provide the abundance/new house she had been looking for.

A few weeks passed and I heard nothing.

Then suddenly she started, randomly, popping into my mind and I just felt something was happening, things were shifting... because I believe people come into your consciousness for a reason. So I reached out to her just to check in to see how things were and I got the most amazing and beautiful reply: she and her family had found their new house and were moving in in a couple of days! She'd actually planned on contacting me that very same day to tell me herself.

She and her family had found a house close to the one they had most recently lost out on, so in an area they really liked. And, even better, the house they had now bought was much better!

She relaxed, she trusted, she believed in the magic of the Universe that the right house was making its way to her, and it came/she found it. And soon she and her family would be calling their new house, their home.

I love hearing wonderful endings like this. Because here's the thing. The Universe wants us to live an abundant life. It wants us to live joyously. It wants to support us (and it does) but all too often we stand in it's way. I speak for myself too when I say: when reality isn't turning out the way we thought it should or would we tend to forget that it could be (and probably is) us that is stopping all the abundances (be it a new house, our health, a new job, money...) because we are standing in the way of receiving from the Universe. Trusting, surrendering, receiving are much easier said than done. If we were all experts in these our lives would be overflowing.

I asked my lovely client if she would like to share a little testimonial about her experience working with the angels, through me and, well... she wrote me more than a few lovely words. Her testimonial was so generous, so detailed that I just have to turn the stage over to her. To read her experience, in her own words, please hop on over here.