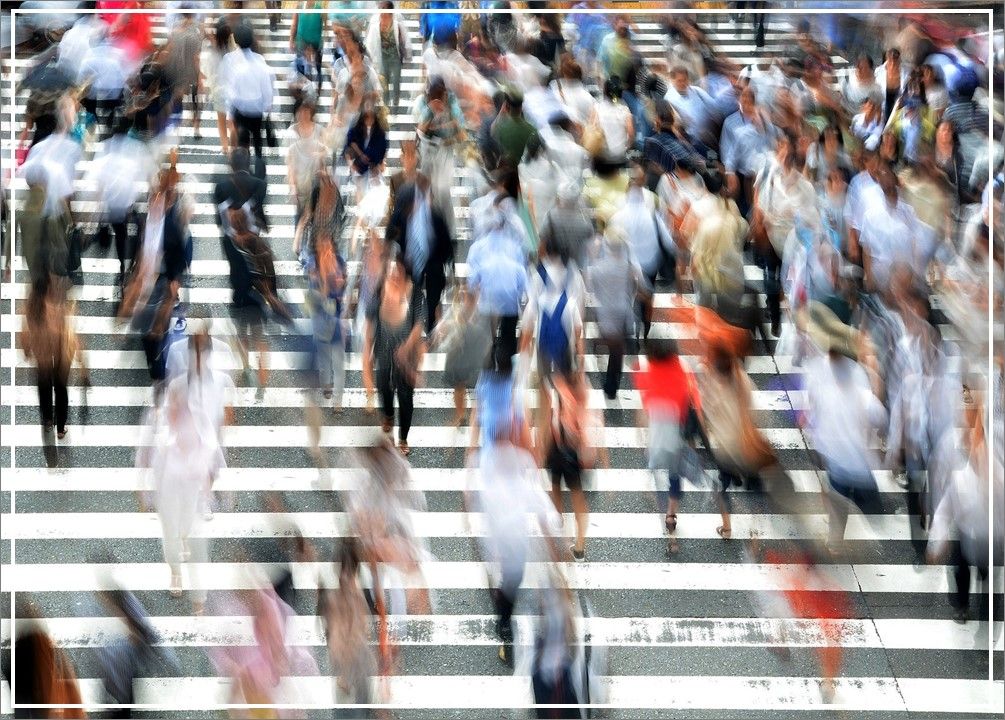 it's okay to say no

Black Friday. It used to be one day of crazy bargains each year, then it became a week and now, it seems, it's lasting a whole month.

I remember when the concept of Black Friday first travelled across the pond to Europe, namely the UK (where I was living), from the USA. I would watched in pure disbelief at the absolute carnage that ensued the second shops opened their doors. People had been queueing all throughout the night to grab something at 75% off, 80% off, even 90% off! There'd be fighting in the shops as people grabbed products off each other. I'd see people push and crush each other as they madly ran around shops grabbing whatever they could. It just felt alien to me. How could people behave this way? How could people be so disrespectful to each other and fight over a toy worth a few quid?

And then Black Friday moved online. From the comfort (and safety) of your own home you could grab a bargain without being touched by the craziness that ensued in the shops.

As a product-based business owner, at the time, I felt under tremendous pressure to take part in Black Friday. It was something I vehemently disagreed with as it attracted such a heavy and dense energy, it disrespected the care and love that went into making products (not only the handmande products made by a small business owner like myself, but all products), it just fed a whole 'lack' mentality that seemed to be growing year on year as people seemed to almost resent paying full-price for anything and everything, and it fueled the temporary need for so many to satisfy their craving for instant gratification (and, most probably, latter regret). Black Friday was becoming like a drug. And I didn't like what I saw.

And yet... I joined in and took part.

I would heavily discount the products I had put so much love, care and attention into creating because I caved under the pressure to join the Black Friday craze. On one side I resented myself for giving into something that didn't feel right or respectful to me or the products I made. On the other side I was filled with so much fear that if I didn't partake, no-one would buy my products in the run-up to the busiest time of the shopping year. I had to bring in some sales!

But back then my life was very much a fear-based life. Back then all my focus was on lack and not selling enough products, not having enough money. Back them my self-esteem, my self-confidence, and my self-worth were next to nothing.

Skip forward a few years and I no longer have my product-based business. I've transitioned into a service-based business. So you'd think the pressure of Black Friday is a thing of the past now, right? Wrong.

Black Friday has since moved into the service sector. And I'm seeing service-based business owners either offering huge discounts on their services or offering services with a ton of freebies and gifts in tow. And it dismays me.

It dismays me because this has become the norm. Not only during the Black Friday period but all throughout the year. It's as if every day of the year is now a Black Friday.

Everywhere I look, when business owners are offering courses, coaching, whatever their speciality may be, they create their offering and then create a ton of bonuses and free offerings around it to entice people to sign up and join, When I say a ton of bonuses, I'm talking about a significant value. You might see a course or programme valued at $1,500 and along with it comes $500 worth of bonuses and free offerings. It's absolutely crazy. And yet it's exactly what we have come to expect.

But just because it's expected, is it really right?

I would suggest it's not and I would suggest it's not the right way to continue because it's continuing to shape people into believing that something that is priced at it's true value, isn't actually worth that value. It's nurturing a focus on lack, and it's marketing that is purely based on fear: "If you wait too long, you'll lose out on all these fabulous bonuses!"

So what do you do? What should you do?

As a business owner, I recommend you stop succumbing to the norm and stand out from the crowd, proud that what you are offering is already of great value without trying to pad it out with extras and bonuses.

As a consumer, I recommend you openly and honourably enter an exchange of energy with a business owner and buy their product or service at the full and fair price.

When you do so, you turn everything on its head. As a business owner, you're removing yourself from fear-based marketing. As a consumer you nurture abundance rather than lack. And, so together, we can get out of this spiralling cycle of give, give, giving and take, take, taking which, to me, seems to be quickly running out of control.

This morning, Black Friday, I opened an email from the Innocent drinks company. The first line of that email read: "Hello and welcome to the nine hundred and seventh marketing email you’ve received today." and it couldn't have been more spot-on. Today my inbox has been filled to overflowing with Black Friday deals and invites. I even received emails from companies I didn't know had my email address! It's been bonkers... and it's been annoying as I know that I'll have missed the one or two emails that I would have liked to have received and read because they're hidden somewhere in the cocophany of crazy-deal emails.

Under their email title of "Please riot responsibly", Innocent drinks company wrote about the craziness that ensues during Black Friday, in its usual light-hearted and fun manner. But behind the fun and laughter is a serious message. As a race we need to turn the need to take, into a desire to give. Because the more we give, the more we receive. Whereas the more we take, the less we feel grateful for. If we can't turn our behaviour and attitudes around when it comes to small concerns, like material goods, then how are we ever going to rise up when we're needed to address the larger concerns, like the damage and decline of our planet?

You may think I'm blowing everything out of proportion and being a drama queen, but I assure you I'm not. In order to address the big issues and concerns around us, we need to have in place a basic foundation that is built on respect, love, honour and abundance. Without a strong foundation you can't build a strong and long-lasting building.

This year I have spotted more and more small business owners taking a step back from Black Friday. And I believe that trend will continue as we move forward. It's a positive step forward as it tells me that business owners are growing in self-respect, self-worth and self-awareness. They're standing up to the pressure and the hype and saying "No. I'm worth so much more." And for that I'm truly grateful.